Never to be forgotten: memorial for the Derbyshire bulk carrier

Sculpture unveiled to commemorate the crew of the bulk carrier Derbyshire, whose loss ‒ after years of campaigning by the seafarers' families ‒ left a legacy of improved safety standards throughout the industry…

A permanent memorial to the 44 people who died when the UK-flagged bulk carrier Derbyshire sank in the South China Sea in 1980 has been unveiled at Our Lady and St Nicholas Church in Liverpool.

The memorial – which incorporates the names of all those who died when the Liverpool-registered ship was lost – was designed by local sculptor Tony Evans and was funded by the Derbyshire Family Association (DFA).

DFA member Paul Lambert – whose brother, Peter, was one of those lost with the ship – said the memorial would give families peace of mind in the knowledge that their loved ones will never be forgotten. 'When people see the names and ages, they will understand why the campaign to ensure that all merchant ships are built to the highest standards and are able to withstand all the types of weather they will encounter whilst at sea must never stop,' he added. 'The fight to protect seafarers' lives must continue, no matter how hard it is.'

Former deputy prime minister Lord Prescott spoke during the service and formally opened the memorial garden, which was created in a partnership between Liverpool Parish Church and Liverpool City Council. 'The loss of the Derbyshire and her crew caused great grief to the relatives and the community,' said the peer. 'The remarkable 20-year campaign by the Derbyshire Family Association for the "real" truth is commemorated in this wonderful garden and its sculpture.'

The Revd Dr Crispin Pailing, Rector of Liverpool, added: 'The loss of the Derbyshire has had a profound effect on maritime shipping across the world, but for the last 38 years we have supported the families, where the effect of the sinking made a tragic impact on households across Liverpool. The sculpture is a fitting tribute to the men and women lost on that day.'

Mr Cunningham said he was honoured to attend the event. 'The Derbyshire remains the biggest British merchant ship ever lost at sea, and its tragic loss has helped to leave a legacy of improved safety standards – not just for bulk carriers but also for the wider shipping industry. This memorial should serve as a tribute to those who died in the disaster and to those who worked tirelessly to try to prevent similar accidents in future.' 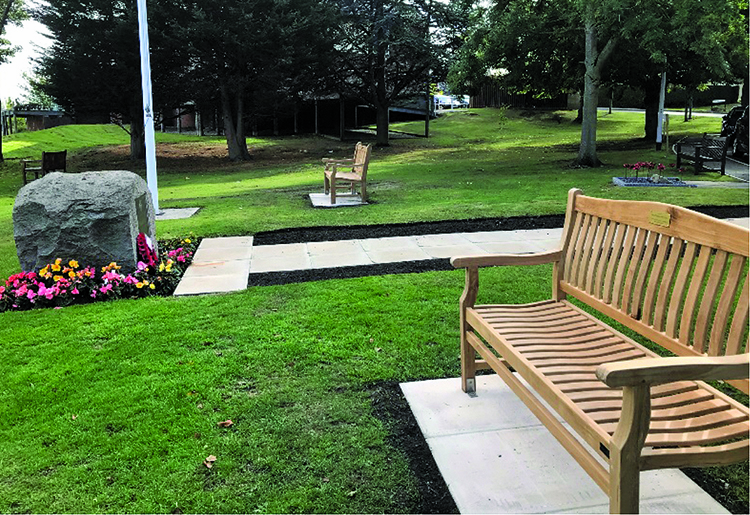 Mariners' Park tribute to seafarers who perished in earlier tragedy

Two benches paying tribute to electrical officer Robert Prescott – who died in a boiler explosion onboard the Derbyshire in 1976 when it was sailing under its original name, Liverpool Bridge – have been put into place at the Nautilus Welfare Fund's Mariners' Park Estate.

The benches were donated following an appeal by the Bibby Line Reunion committee and have been sited adjacent to the Park's Atlantic Memorial Stone.